These funny motivational stories will give your attitude a little nudge in the right direction. They are also guaranteed to put a smile on your face and may even make you chuckle.

1. The Dean Schooled Them 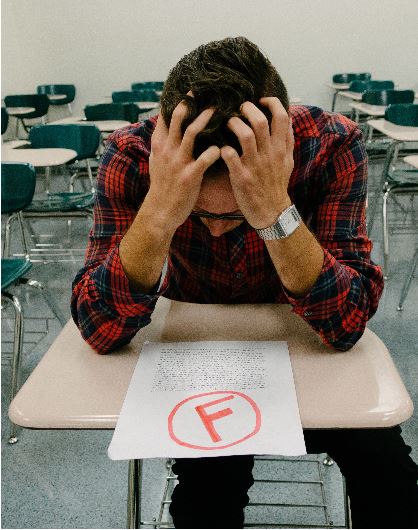 One night four college kids stayed out late, partying and having a good time. They paid no mind to the test they had scheduled for the next day and didn’t study. In the morning, they hatched a plan to get out of taking their test. They covered themselves with grease and dirt and went to the Dean’s office. Once there, they said they had been to a wedding the previous night and on the way back they got a flat tire and had to push the car back to campus.
The Dean listened to their tale of woe and thought. He offered them a retest three days later. They thanked him and accepted his offer.hat time.
When the test day arrived, they went to the Dean. The Dean put them all in separate rooms for the test. They were fine with this since they had all studied hard. Then they saw the test. It had 2 questions.
1) Your Name __________ (1 Points)
2) Which tire burst? __________ (99 Points)
Options – (a) Front Left (b) Front Right (c) Back Left (d) Back Right
The lesson: always be responsible and make wise decisions.

2. The Right Place
A mother and a baby camel were lying around under a tree.
Then the baby camel asked, “Why do camels have humps?”
The mother camel considered this and said, “We are desert animals so we have the humps to store water so we can survive with very little water.”
The baby camel thought for a moment then said, “Ok…why are our legs long and our feet rounded?”
The mama replied, “They are meant for walking in the desert.”
The baby paused. After a beat, the camel asked, “Why are our eyelashes long? Sometimes they get in my way.”
The mama responded, “Those long thick eyelashes protect your eyes from the desert sand when it blows in the wind.
The baby thought and thought. Then he said, “I see. So the hump is to store water when we are in the desert, the legs are for walking through the desert and these eye lashes protect my eyes from the desert then why in the Zoo?”

The Lesson: Skills and abilities are only useful if you are in the right place at the right time. Otherwise they go to waste.